Trading indicators are mathematical calculations (or algorithms) usually based on three inputs — price, volume and time — which you can use to help determine the direction of price.

We introduced this type of technical analysis in more depth in our previous lesson on trading indicators.

Now, we’re going to build on what we’ve already learned, so feel free to have a recap before we move ahead.

How many types of trading indicators are there?

There’s a countless number of trading indicators, and individual traders and analysts add to the tally on a daily basis.

There are however particular types of technical indicators, used globally by many traders, that have proven useful over the years. We’re going to focus on these ones in particular, to help you with your trading.

What category do these trading indicators fall into?

As we highlighted in our previous lesson on trading indicators, they fall into many categories. These are:

Let’s move on to categorise many of the more important trading indicators.

What are the most commonly used trading indicators?

You’ll find other widely-used indicators include:

Let’s look at each of these in turn.

Moving Average Convergence Divergence (which is usually shortened to MACD, pronounced ‘Mac-Dee’) is a trend indicator you can categorise as either a momentum or moving average indicator.

MACD is essentially based on two moving averages and can indicate a new trend — either bullish or bearish. As the market saying goes, ‘the trend is your friend’.

When calculating the MACD, you need to consider three inputs:

You can see this in the image here.

At first, it might sound complicated, but these are the main takeaways for your trading with MACD:

You’ll have seen the Relative Strength Index referred to by its acronym, RSI. It’s a very popular and widely used momentum indicator developed by the famous technical analyst, Welles Wilder.

Here are your key RSI takeaways:

Some interpretations say that it’s only when the trend’s shifted direction that the RSI enters into, and then comes back, from the overbought and oversold levels. For example, above 70 and then back below 70. Or down below 30 and then back above. Therefore until this happens, the trend should continue

Bollinger Bands are a channel indicator. We’ll touch upon them in this part of your lesson, but you’ll learn more about these in our next lesson ‘What are trading channels?’

The main two takeaways for your trading are:

The Bollinger Band ‘squeeze’ can indicate the potential for an upcoming breakout. Again, you can see more in our next lesson ‘What are trading channels?’

The Directional Movement Index (DMI) was also created by Welles Wilder and is a trend indicator.

The wider apart the +DI and -DI, the stronger the trend. But when these two lines crossover, it’s a signal that the trend could be shifting direction, as you’ll see in the image below.

The Parabolic SAR or just SAR (where SAR stands for ‘stop and reverse’) is a trend indicator that’s mainly used to signal when a trend ends. The SAR is shown on charts as a series of dots above or below the current market price.

When the dots are below the current price, for example, this signals an up-trend.

So, of course, when the dots are above the current price, it signals a downtrend.

You’ll find that this tool is best used when a market is trending. It’s also an indicator used to exit trades — when the dots move from one side of the current price to the other. This signals that the trend may be over.

Traders often use this indicator to place their stop loss, moving it with the trend.

The Stochastic is a momentum indicator that you can use to signal the potential end to market direction. Rather than use it in a trending market, you’d find that the Stochastic is best used in a sideways market.

Pivot Points are trend indicators generated from calculations based on the high, low and closing prices from the previous trading day. Using these calculations, you can identify support and resistance levels and build your trading strategy around the recognised levels.

So, by taking the high, low and close from the previous day, these are the calculations you’d use to establish your pivot points:

For more on Pivot Points, explore our earlier lesson What is support & resistance in trading?

The Average True Range is a volatility indicator (shortened to ATR) and is another developed by Welles Wilder. It’s usually calculated from the 14-day moving average of the True Range. The True Range is whatever is greatest of the following:

Therefore, day 1 the greatest could be ‘a’, while day 2 could be ‘c’. The largest is taken from each day or period and then it’s averaged.

You’ll find that the ATR’s best used to reflect markets that are becoming more volatile. So, a higher or rising ATR would signal a market that’s seeing increased volatility. As a result, this may cause you to adjust your trading strategy.

The Commodity Channel Index (or CCI) is another momentum indicator. It’ll help you identify when a market’s overstretched (overbought or oversold). You can also use the CCI to indicate trend force and direction.

In simple terms, it’s a calculation of how much the current price is deviating from the average price over a time frame (with 20 periods most commonly used).

As the indicator has no upper or lower boundaries, you’ll have to view overstretched conditions in a historical context. So, this means looking back at previous indicator readings to get a feel of when price reversed direction.

It’s important for you to understand that if the CCI moves from zero to above +100 this can be seen as an up-trend. You’d view zero to below -100 as the formation of a downtrend.

We’ve also looked at the most commonly used trading indicators and explored each in detail. With this knowledge, you can use these indicators to improve your trading strategies, and most importantly, your trading results.

This should give you the confidence to go ahead and use these indicators to plot the future direction of price. These are normally considered secondary indicators when compared to those that are directly influenced by price. Using these are a good way of confirming your view or entry level. These are all available as MT4 indicators.

In our next lesson, we’ll explore the answer to the question ‘What are trading channels’? 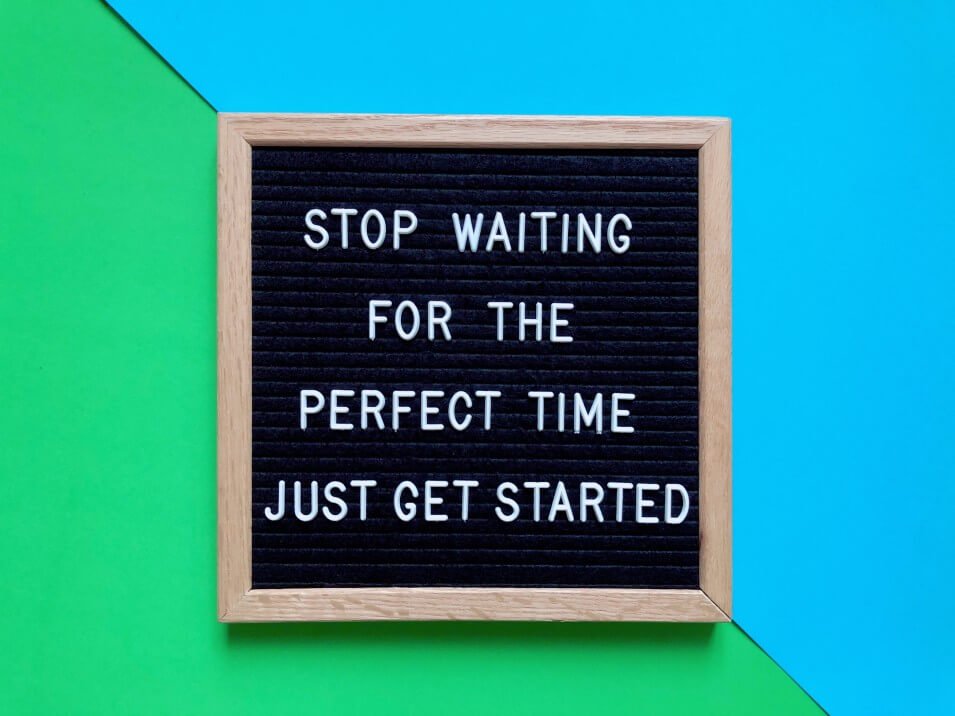 What is financial trading - Part 2

A brief history of financial trading? What is trading? How does trading work? 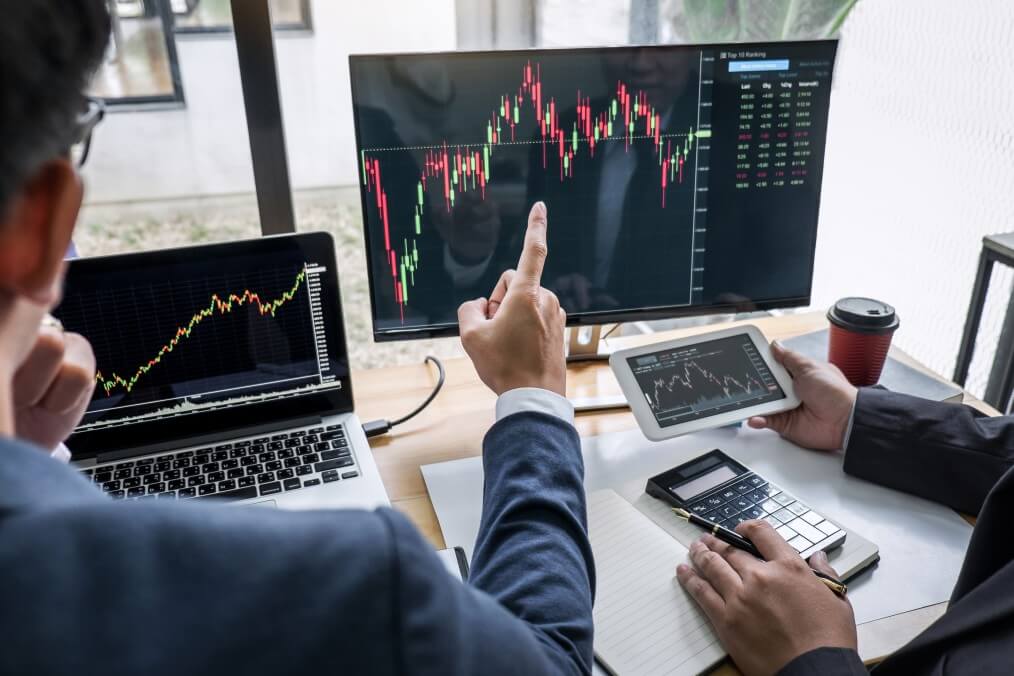 What is a financial market? 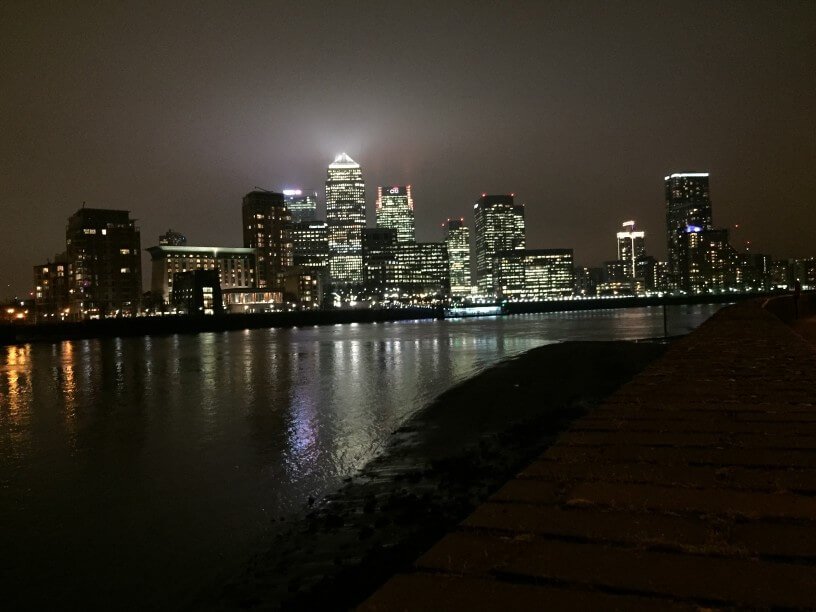 Who are the markets participants

Understand who are the main market participants and the different types there are. 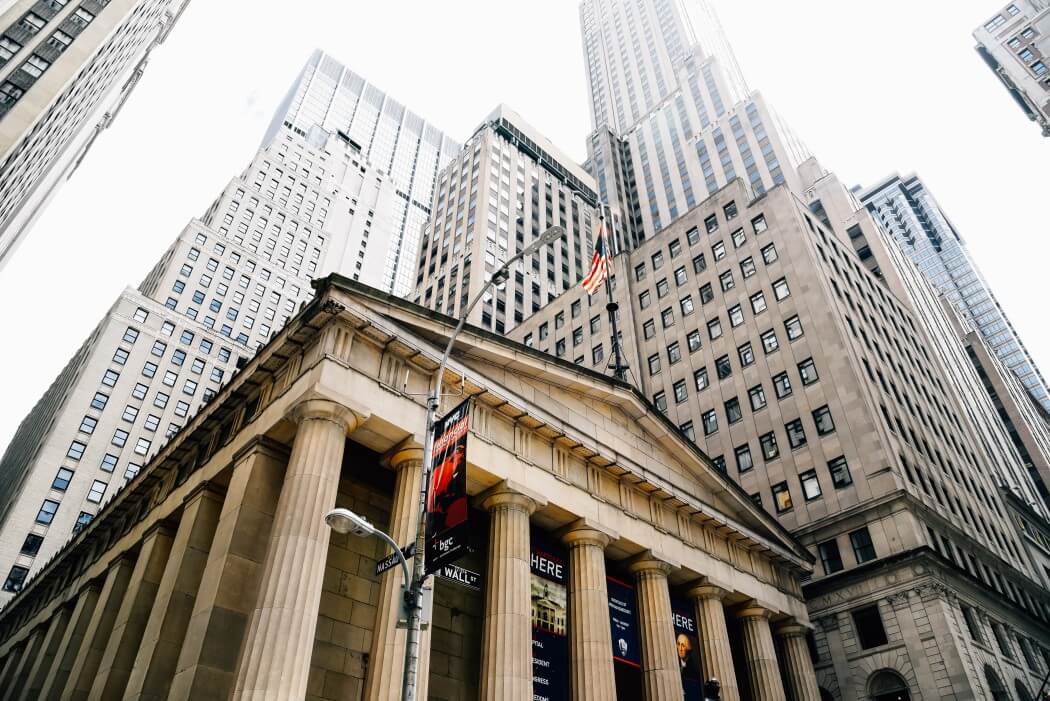 What are trading exchanges? 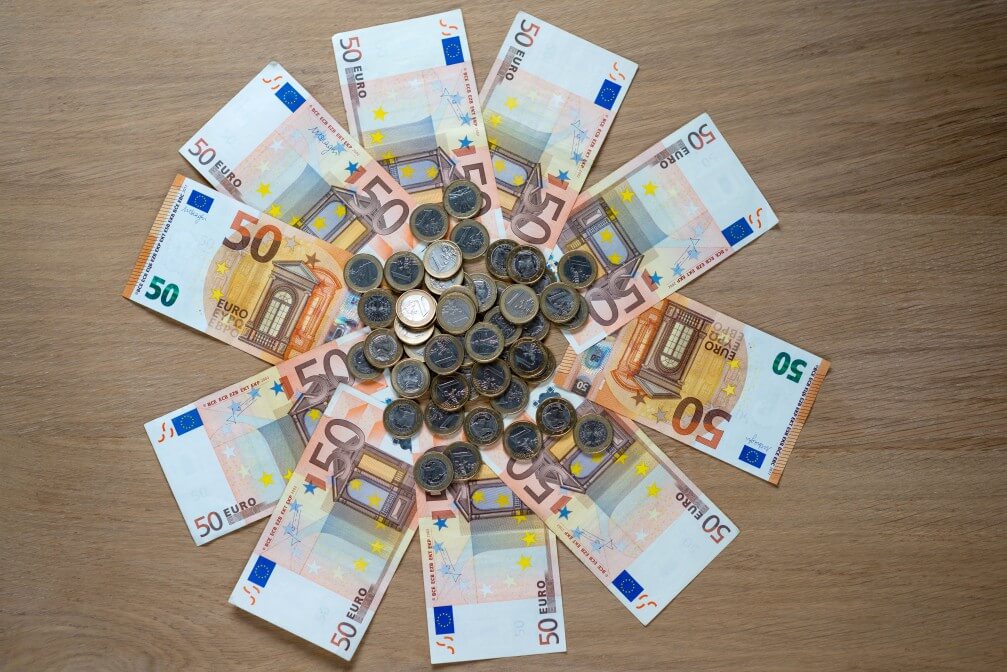 What markets can I trade - Part 1

What markets can you trade online? We take a look at some of the major markets that you can trade. 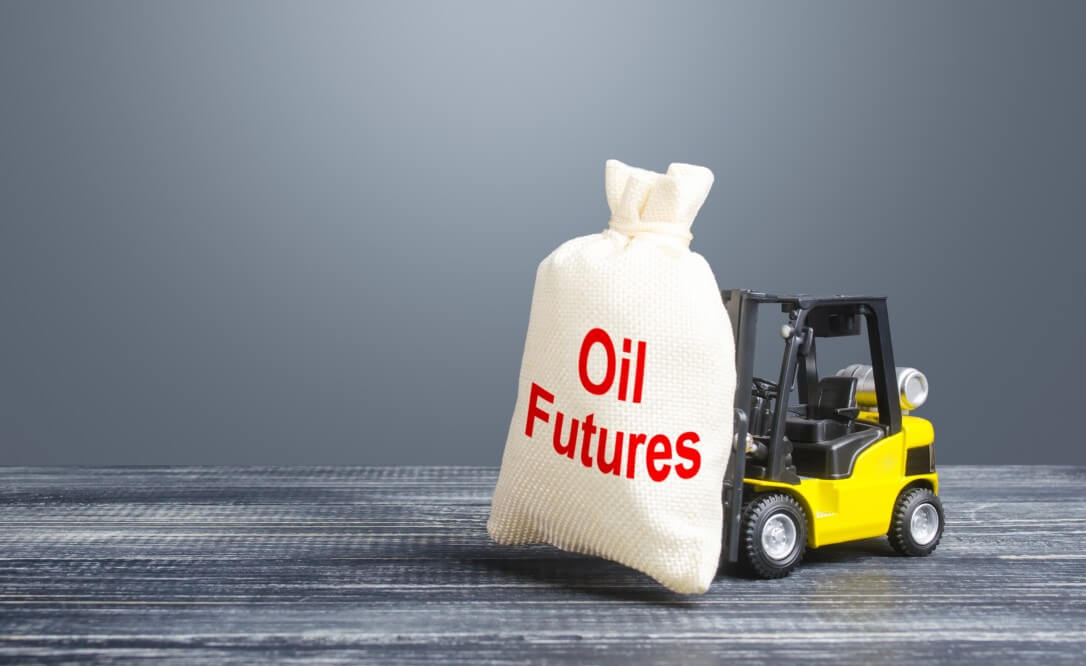 What markets can I trade online? - Part 2

We look at other markets you can trade online including the options market, futures and cryptocurrencies. 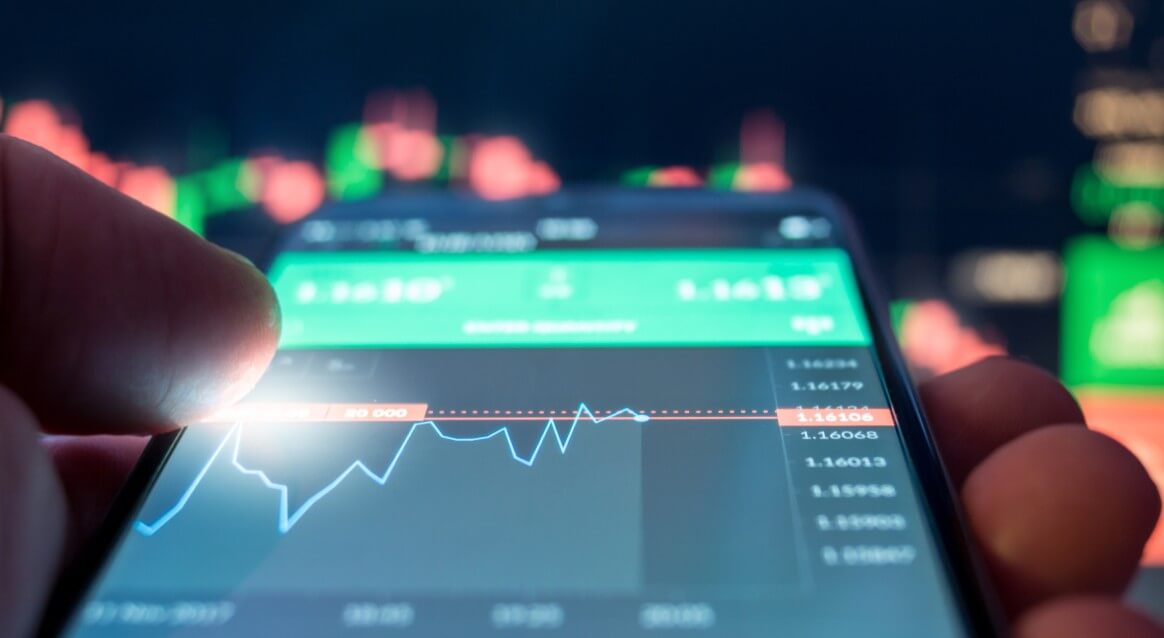 Spread Betting vs CFDs - The key differences. Which is best for you? We take a look.

Select the fields to be shown. Others will be hidden. Drag and drop to rearrange the order.
Click outside to hide the compare bar
Compare
Compare ×
Let's Compare! Continue shopping