Candlestick patterns in trading are another popular way to look at price action. They’re an alternative to the line chart, bar charts and OHLC charts. They show time over a certain period by creating bars that look like candlesticks and also have the same properties as the bar and OHLC chart, as they have four inputs; high, low, open, and close.

Candlestick patterns were created back in the 18th century in Japan by Munehisa Homma, who traded rice futures on exchanges in Osaka. He was one of the most successful traders of all time and made a huge amount of money, which would be valued today at around $100bn. He wrote several books on the psychology of trading including ‘The Fountain of Gold — the Three Monkey Record of Money’.

The candlestick patterns that Homma created helped him predict the future price of rice, and have been ever since. Still today, they are the most popular form of chart type, with most technical analysts choosing candlesticks over bar, line and OHLC charts.

How do Candlesticks Work?

Candlestick patterns work by showing price over a given period of time. You can change this period of time to whatever you like, or whatever your platform allows. The key thing you need to understand is that each candlestick represents the market’s psychology.

You can tell whether a market is shifting into a bull or bear phase based on candlesticks. They work in a similar way to chart patterns that we discussed in our last lesson. You as the trader would recognize a specific candlestick pattern and therefore take a trade according to that pattern.

How to Read Candlestick Charts

You can apply candlestick patterns to any time frame, as previously mentioned, they’re similar to bar and OHLC charts because they have four inputs:

Candlesticks look different because the area between the open and the close are wider than the high and low, which is what gives it the candlestick shape, as you can see below.

The wide area between the open and close is known as the real body, and the thin lines to the high and low are known as shadows. You may well hear the upper shadow called the wick while the lower shadow is often called the tail.

The shadows represent the extremes in price over that period and how they form in relation to the real body can give you a real insight into how the market is behaving, and what it’s likely to do next.

The key things you should be looking at when reading candlesticks are:

It’s the combination of all the above which tells you which direction the market is likely to go. This is where there are different patterns that you can look out for and trade them accordingly.

Why are Candlestick Patterns Important?

Candlestick patterns are important because they’re one of, if not the most popular type of trading chart that technical analysts use. This means the more people using them, the more people will be identifying the same patterns you might be finding. The more people trading in your direction, the more likely the market will go that direction.

Candlesticks show you more information than bar charts or OHLC charts, the different shapes the bodies created can give you great insight into the market’s next move. They’ll show you both if the market is likely to continue or whether it will reverse.

How Many Candlestick Patterns Are There?

There are lots of different candlestick patterns, and analysts do keep finding and naming new patterns. We’ve put together a list of some of the most popular and those that you are most likely to come across in the markets.

What Are The Most Commonly Used Candlestick Patterns?

There are so many candlestick patterns out there that it can be confusing, we’ve therefore decided to list and explain the most common patterns you’re likely to see. And those that are considered the easiest to trade.

Below is what you would expect to see in a bullish engulfing candlestick pattern.

The bearish engulfing pattern is again a reversal pattern that you’ll likely find at the top of an uptrend. Firstly you need to find a market that is trending higher, if you then saw this pattern it would signal that the market is going to reverse.

It is basically the opposite as the bullish engulfing pattern.

Doji candlestick patterns come in lots of different forms. The common characteristic is that the open and close are the same price (or very close).

Dragonfly doji patterns are reversal signals that you’ll find at the bottom of a downtrend. The open and close will be very close to the same price but you won’t see a wick.

A dragonfly doji can be recognised by:

When these patterns occur, they give you a signal that the downtrend is coming to an end and that the market might turn higher.

The gravestone doji is the opposite to the dragonfly doji. It gives you a bearish signal that the market will start to turn lower. Therefore you will find these at the top of an uptrend. You could use this signal to either sell the market or exit your long position.

A gravestone doji can be recognised by:

A hammer candlestick pattern is similar to the dragonfly doji where it opens high, trades lower but then closes higher again. This sentiment is the market testing a level but rejecting it. Buyers are stepping in and pushing the market higher again, this is a signal that the market will reverse and start to move higher.

They’re found at the bottom of downtrends. You can identify them by:

If the next candlestick after the hammer goes above the high of the hammer, then this is a signal that the market is going to reverse.

This is the opposite to the hammer and is found at the top of an uptrend. You’d see a distinctive upper wick, which is the market showing you that it is rejecting that high level. Despite the buyers getting the market to that high, the rejection and close near the low is a signal that the sellers have more control.

You’ll recognise this pattern by its:

The sell signal is when the next candlestick trades lower than the low of the inverted hammer. If you see that you can sell on that signal, however, we would tend to recommend that this is used in combination with other signals. The more sell signals you have the more likely that the market will move lower.

Combining candlestick patterns with another indicator

We’ll go into more detail about combining indicators but we thought we would go into a bit more detail as to why combining candlestick patterns with another indicator can show stronger signals.

When you combine a candlestick pattern with a primary indicator like support and resistance, you can start to form a structured trading plan which has a higher probability of succeeding rather than just using candlestick patterns.

Combining two indicators just give you that extra confirmation that a market is likely to go in one direction or the other.

If you are combining candlesticks with support and resistance you would:

Now you’ve seen some of the most popular candlestick patterns and how you might use them in your trading strategy.

The fact that we are still using this type of technical analysis shows just how good and important it is. In our next lesson, we start to look at ‘what are trendlines and breakouts’? 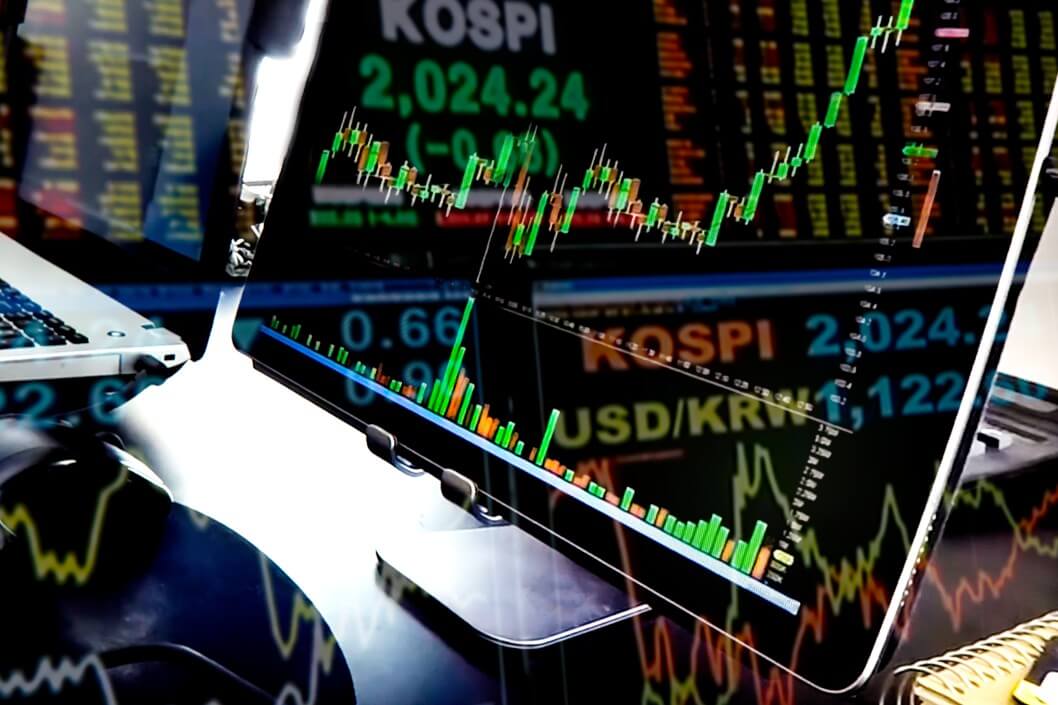 What is technical analysis?

Understand the basics of technical analysis, how it works and why it's important. 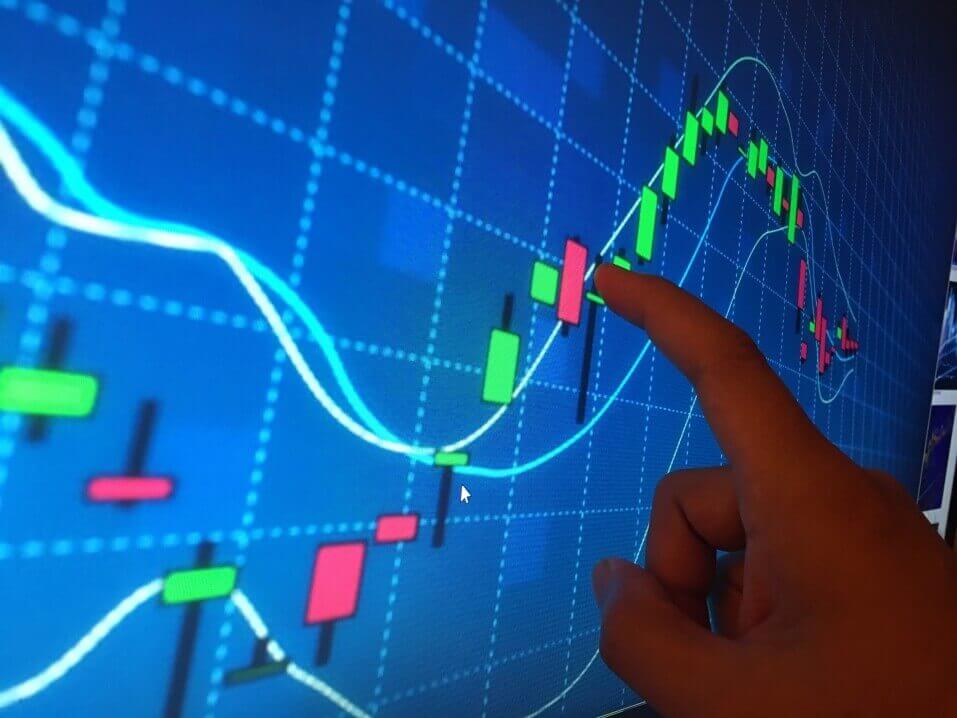 What are trading charts? Part 1

Learn how technical charts work, how you can read them, when you should use them and why they're important.

What are trading charts? Part 2 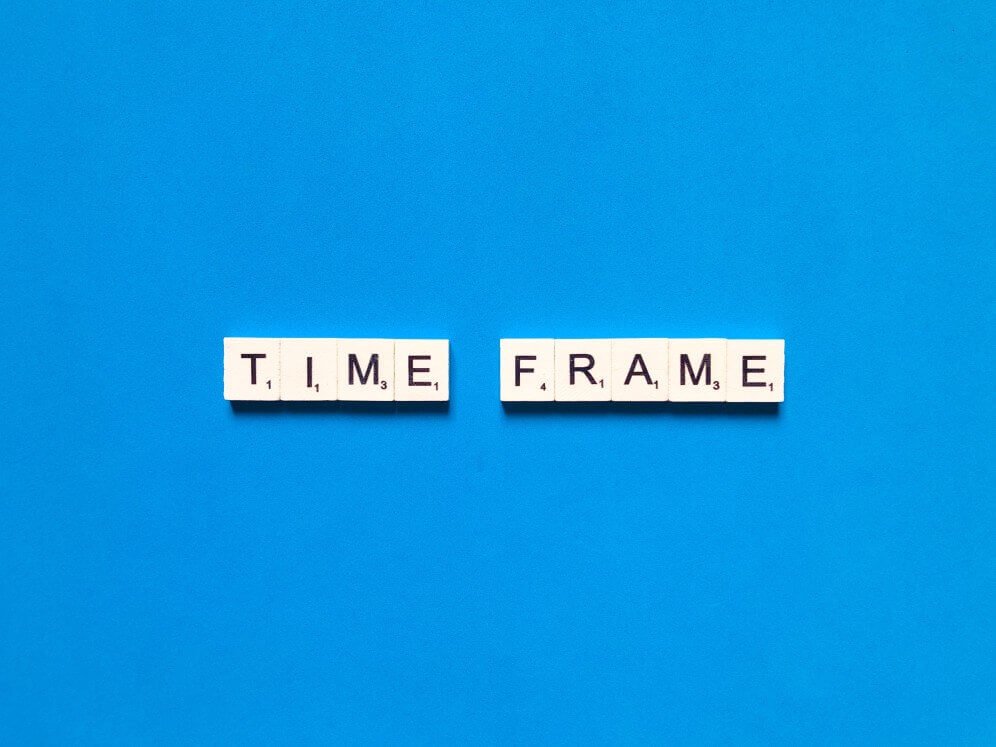 What are time frames?

Understand what time frames are in trading, the different types, and how you should use them. 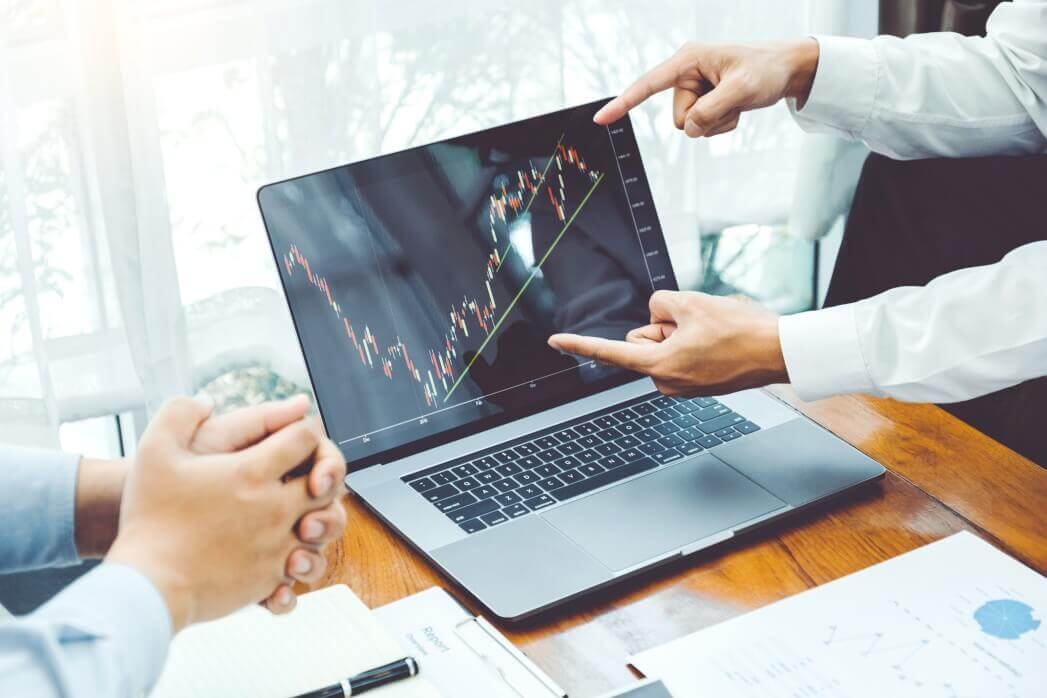 What is support and resistance in trading?

Support and resistance are two of the most important aspects of technical analysis. 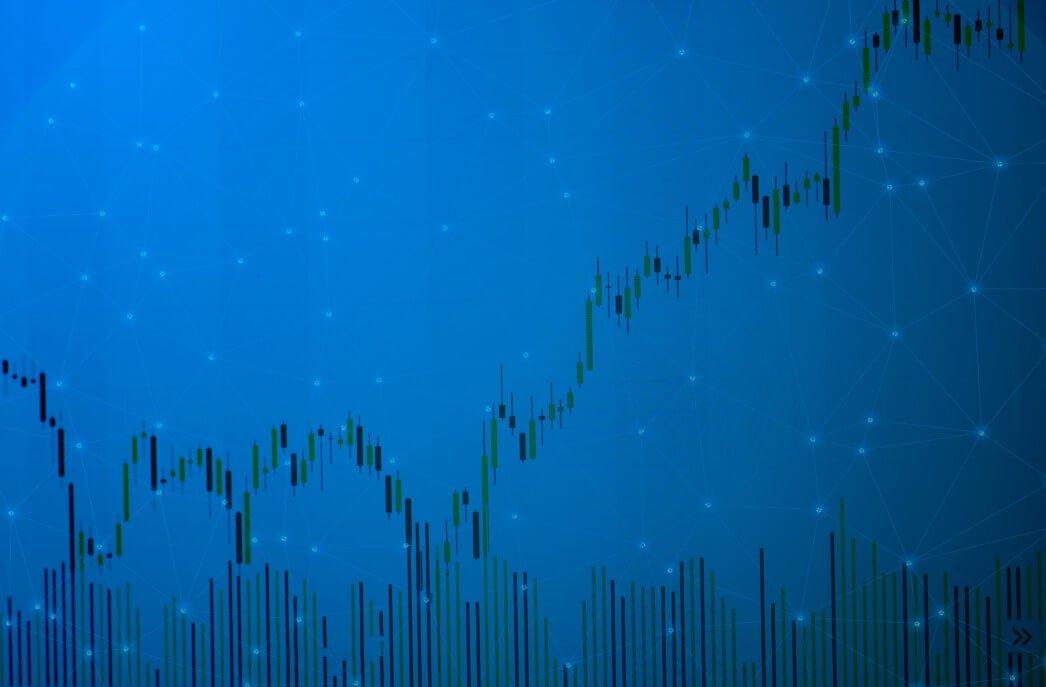 Chart patterns are one of the most popular ways of analysing the financial markets. 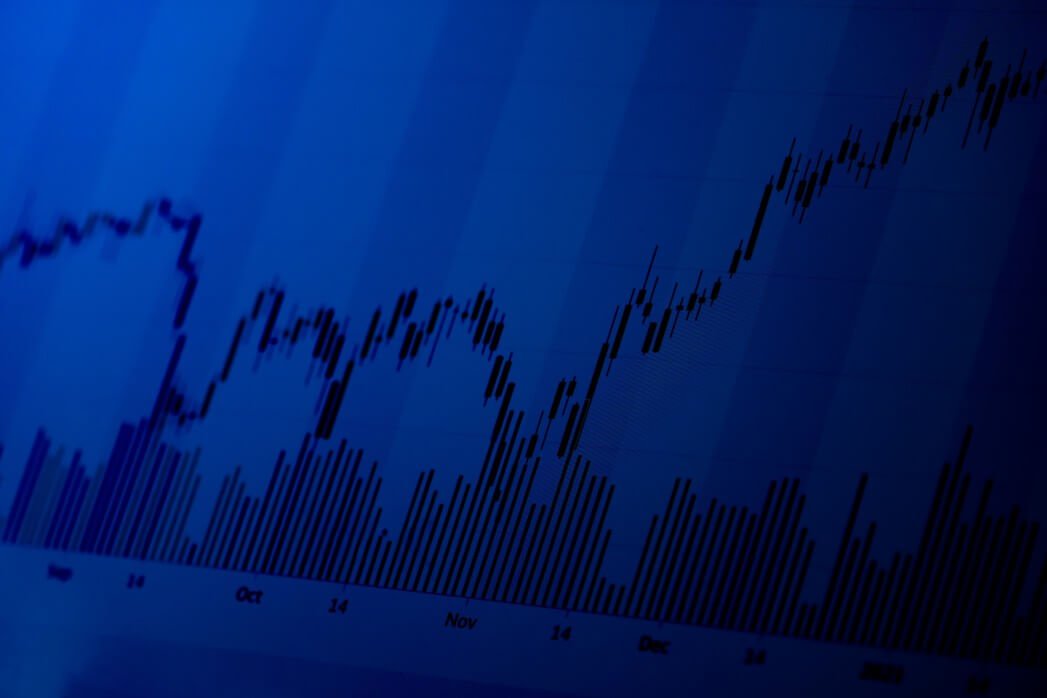 What are chart patterns? Part 2

Learn some of the best chart patterns and how to use them in your trading strategy. 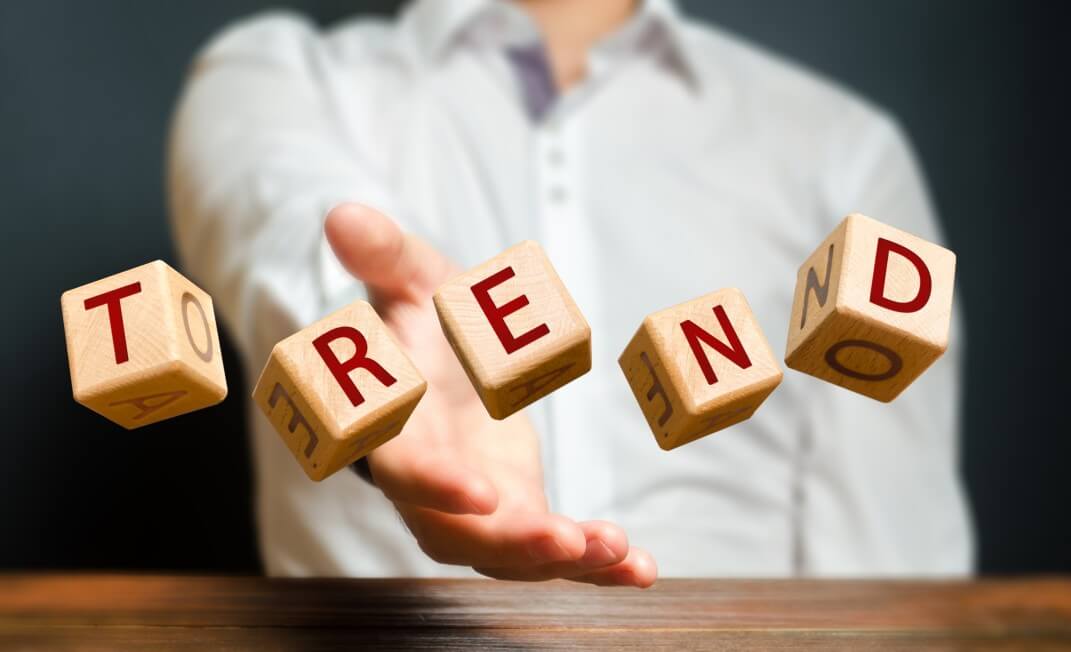 What are trendlines and breakouts in trading?

Trendlines and breakouts are key to technical analysis. Both are great to identify market direction and to time trade entries.

Select the fields to be shown. Others will be hidden. Drag and drop to rearrange the order.
Click outside to hide the compare bar
Compare
Compare ×
Let's Compare! Continue shopping